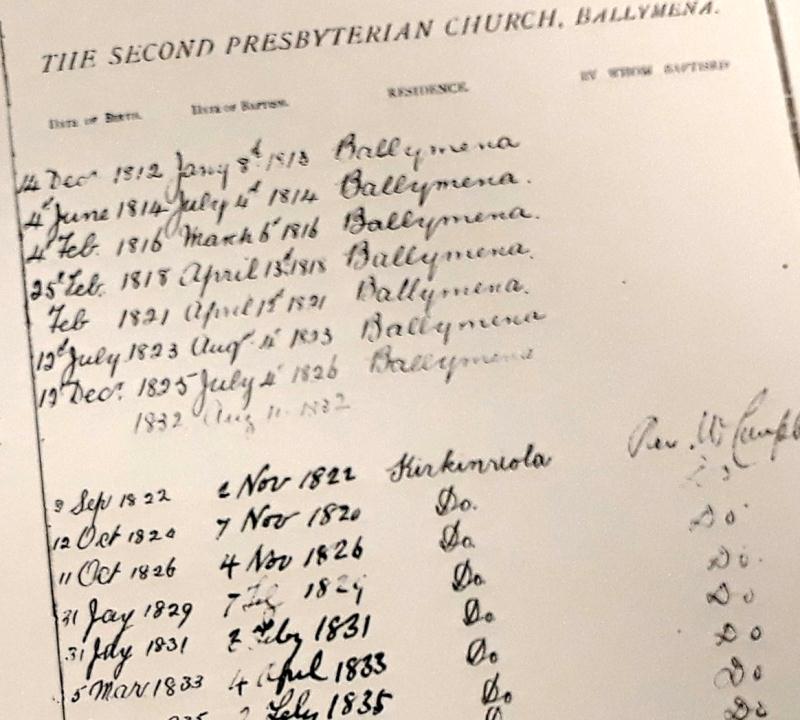 Records from the Church Baptismal Registers have now been added to our birth database and cover the period from 1813 to 1880 inclusive. These entries include the Child’s name, Father’s name, Mother’s forename and Maiden name, Date of Birth & Baptism and most also include the townland or street in which the family resided.  Occasional annotations on the family are also included in the notes.

Marriage records for the same church are already included in our marriage collection from 1845 to 1921 and noted as occurring in Ballymena Second Presbyterian Church, Kirkinriola Parish.

The following are prevalent family surnames in these baptism records:-

(Surnames in brackets indicate variations also recorded in the Register)

These baptisms are available by searching our Birth Records collection at  http://www.emeraldancestors.com/northern-ireland-ancestor-search

Microfilm copies of the registers are held in the Public Records Office of Northern Ireland (PRONI) under MIC 1P/204, Ballymena Second Presbyterian Church, Kirkinriola Parish, County Antrim and covers baptisms from 1813 up to 1941.